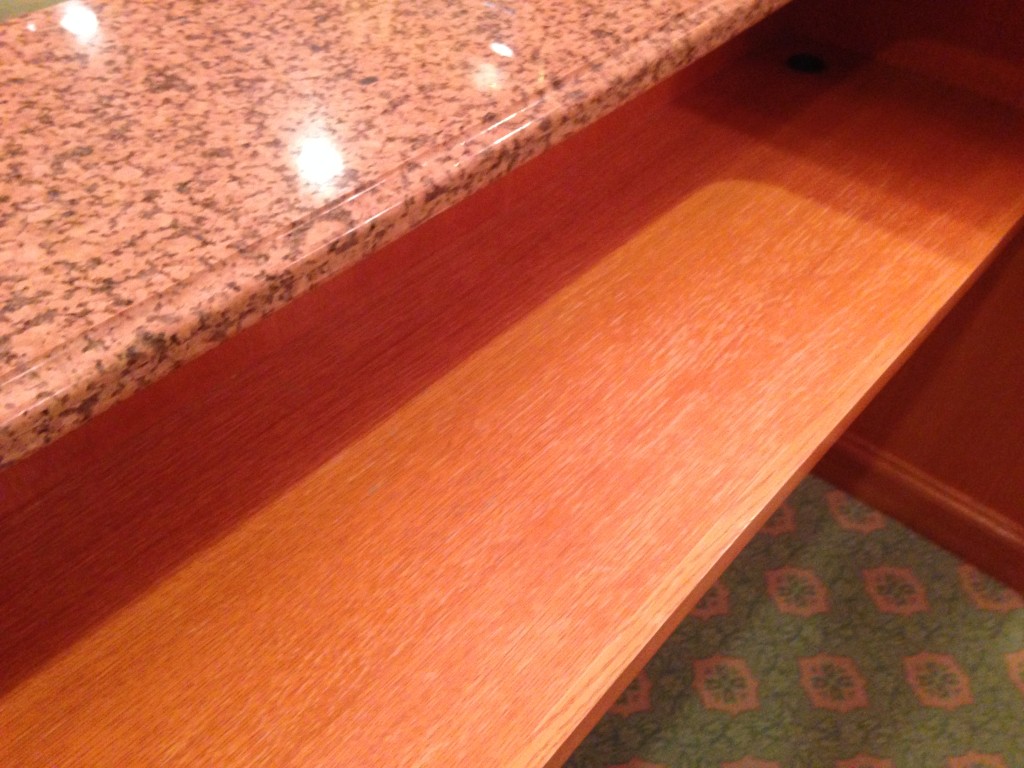 I was at a friend’s house recently when I spotted his badly worn kitchen counter, which he claimed he was going to refinish — someday. When his wife rolled her eyes (as if to say, “Yeh, but in whose lifetime?”), I knew I could provide a little relief to the situation. 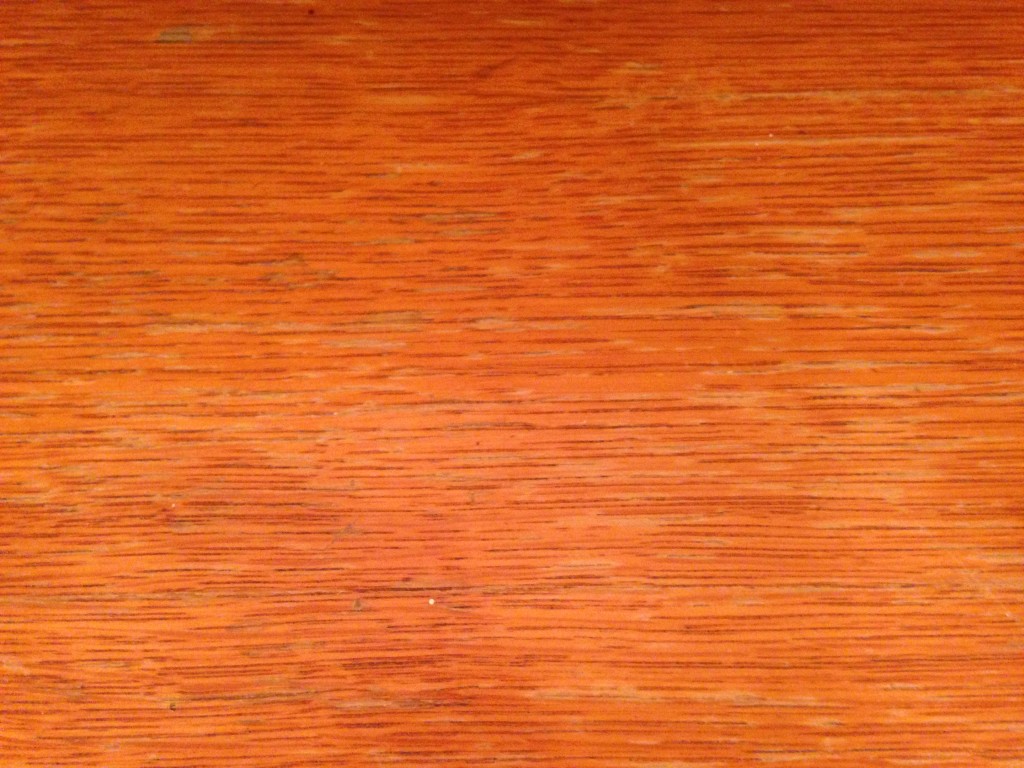 A close inspection revealed a common problem: a deteriorating finish damaged by water from the sink and the use of harsh cleansers. 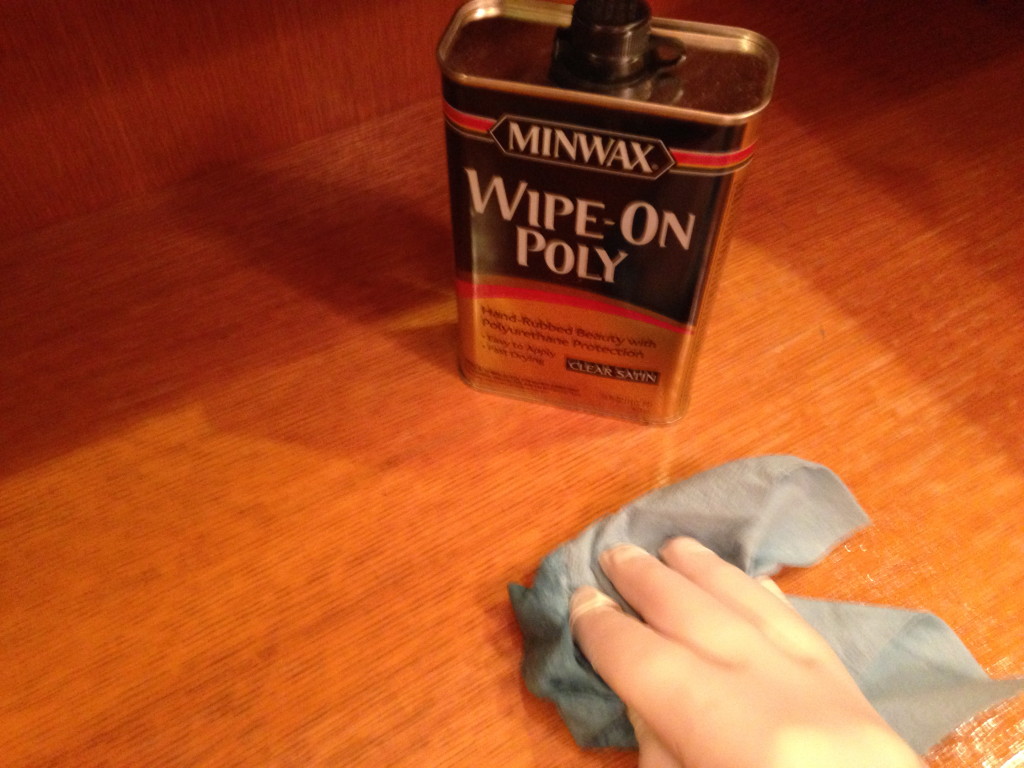 Instead of reaching for a sander, I brought over a can of Minwax® Wipe-On Poly, poured a small puddle onto the counter, and began rubbing it in with a paper towel. 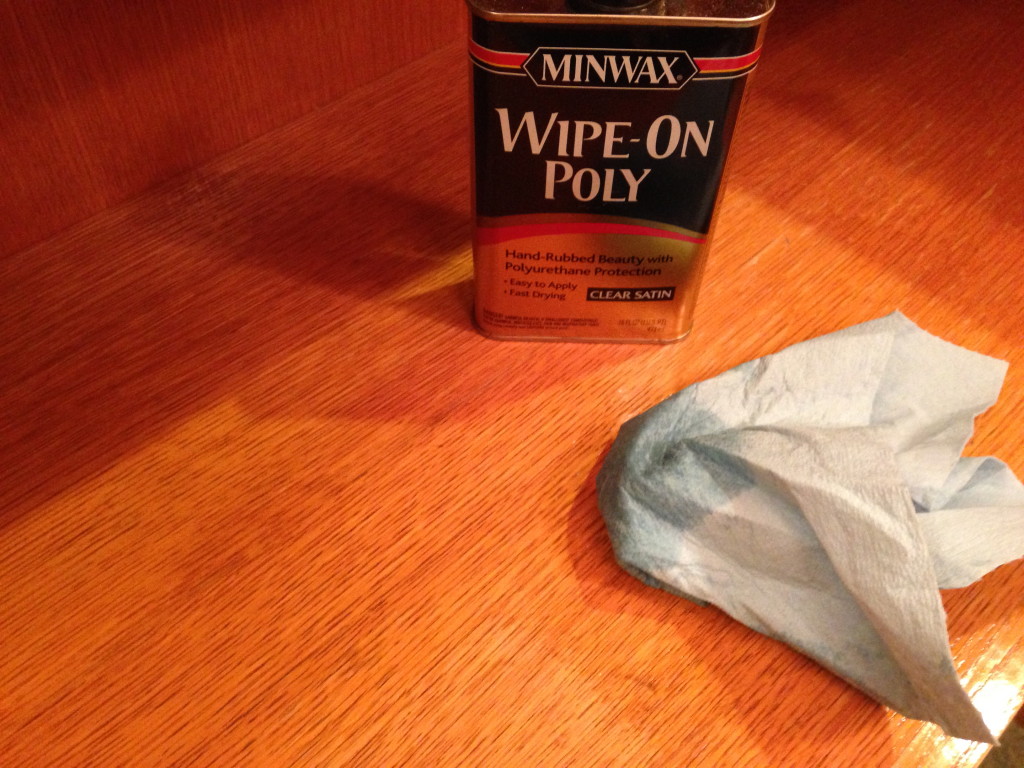 The Wipe-On Poly did exactly what I knew it would do:  it filled in the spots of missing finish, and it left a fresh, thin layer of clear protective finish atop the old finish. (Not to mention keeping my buddy out of trouble — and for that he owes me a big favor!)