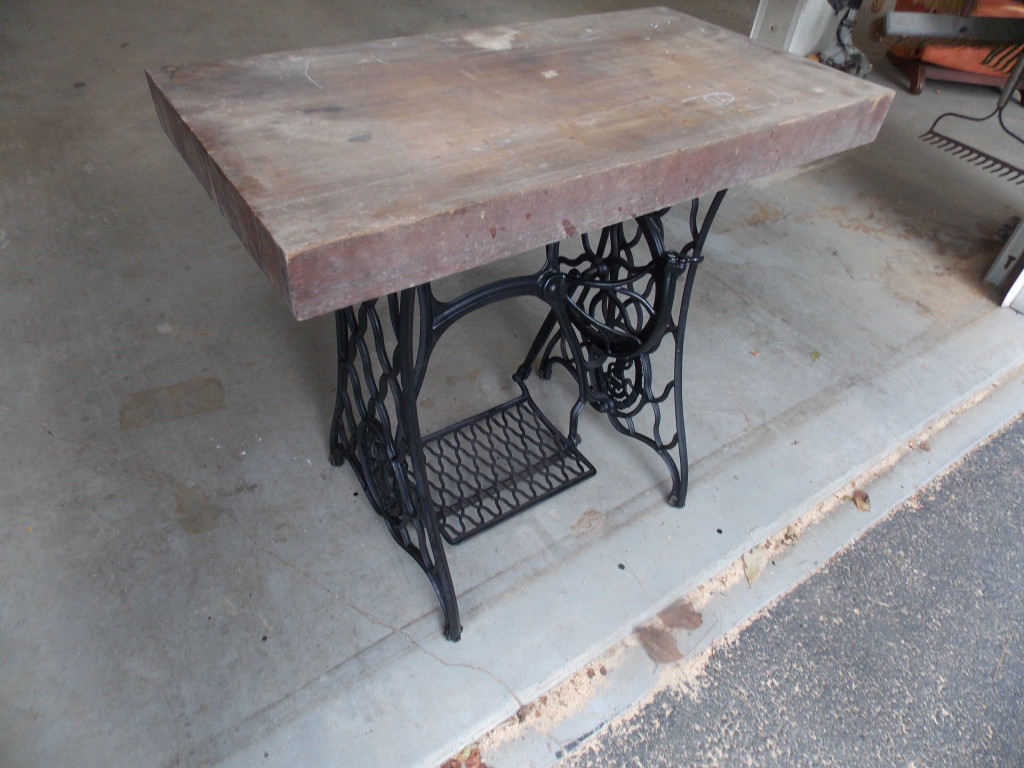 Back in 1974, when treadle sewing machine bases were popular, a friend and I made a cherry chopping block to go atop a base I found at a yard sale for a few dollars. Fast forward more than 40 years and I still have it, but it had really taken a beating — literally. So, last week I washed and repainted the metal base, then tackled the top. 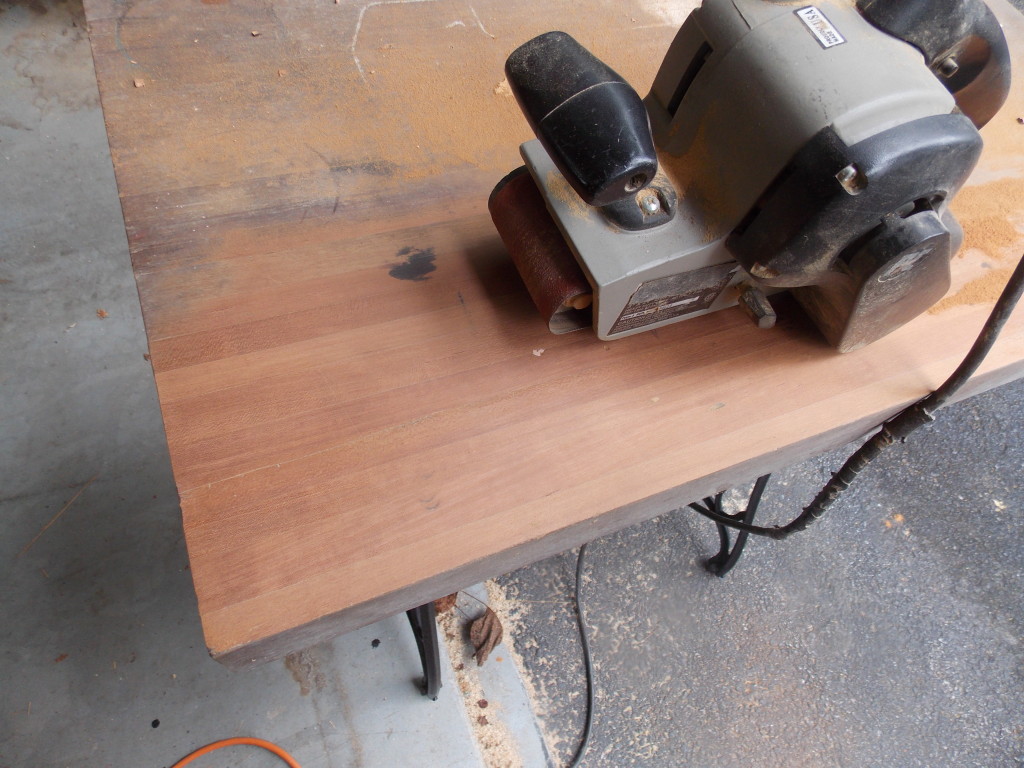 It isn’t often that I reach for my belt sander, but this cherry top had stains, gouges, scratches, and some serious dents. Since the top is made of 3-inch thick, solid cherry, I wasn’t worried about taking off a little. I did, however, leave some of the marks, as I wanted the top to look nearly as old as the sewing machine base. 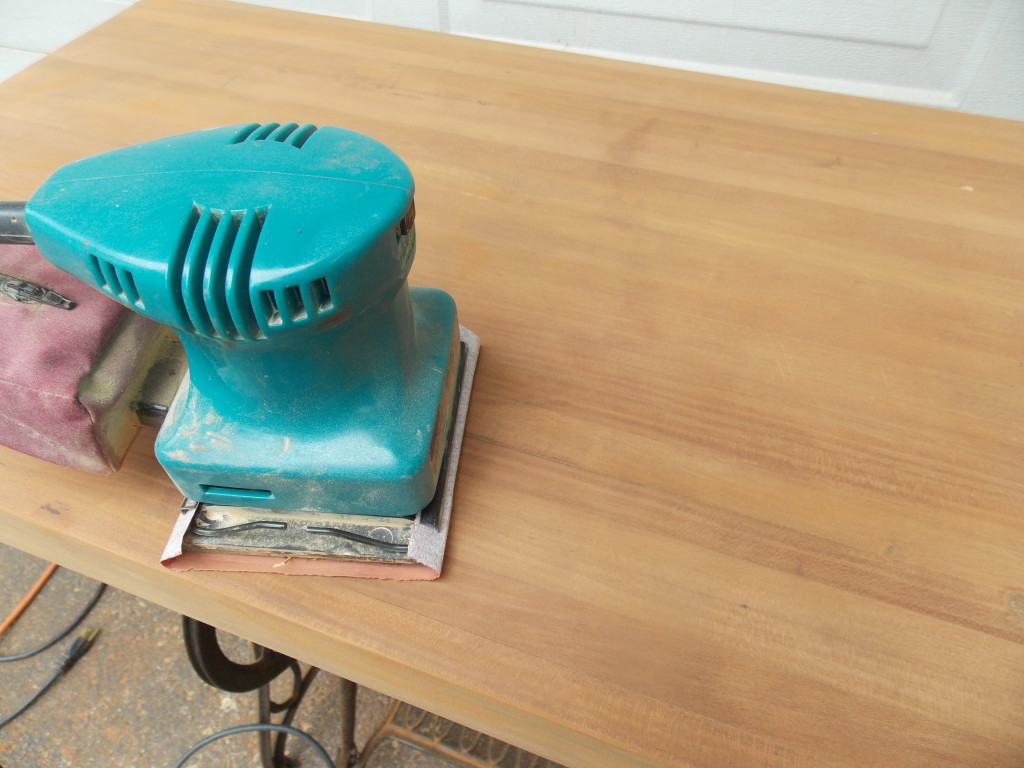 Belt sanders and #100-grit sandpaper do leave scratches, however, so I always follow with a final sanding using a palm sander and some #180-grit sandpaper. 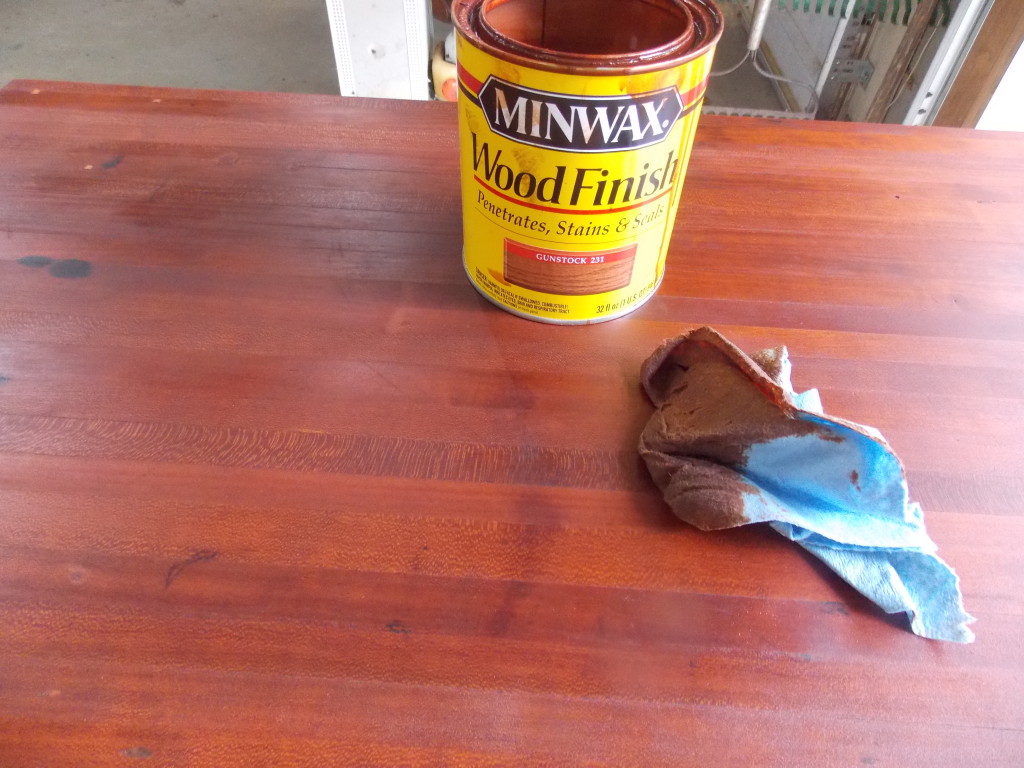 Time had robbed the cherry of some of its natural reddish color, which I restored using ” Gunstock”, one of my favorite Minwax® Wood Finish™ Stains. Here you can see a few of the signs of age that I purposely did not sand out. 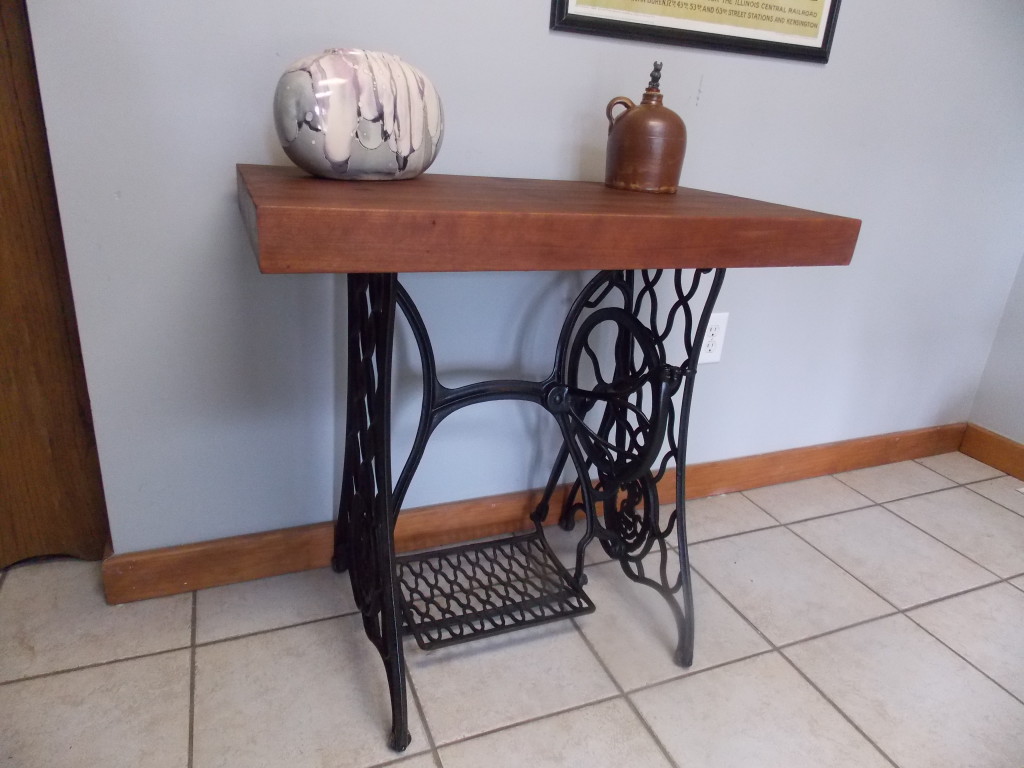 My former chopping block is now going to be used as a table, so after the stain dried I protected it with two coats of clear Minwax® Wipe-On Poly. Seeing it now, my only regret is that I didn’t revisit this old project years sooner!