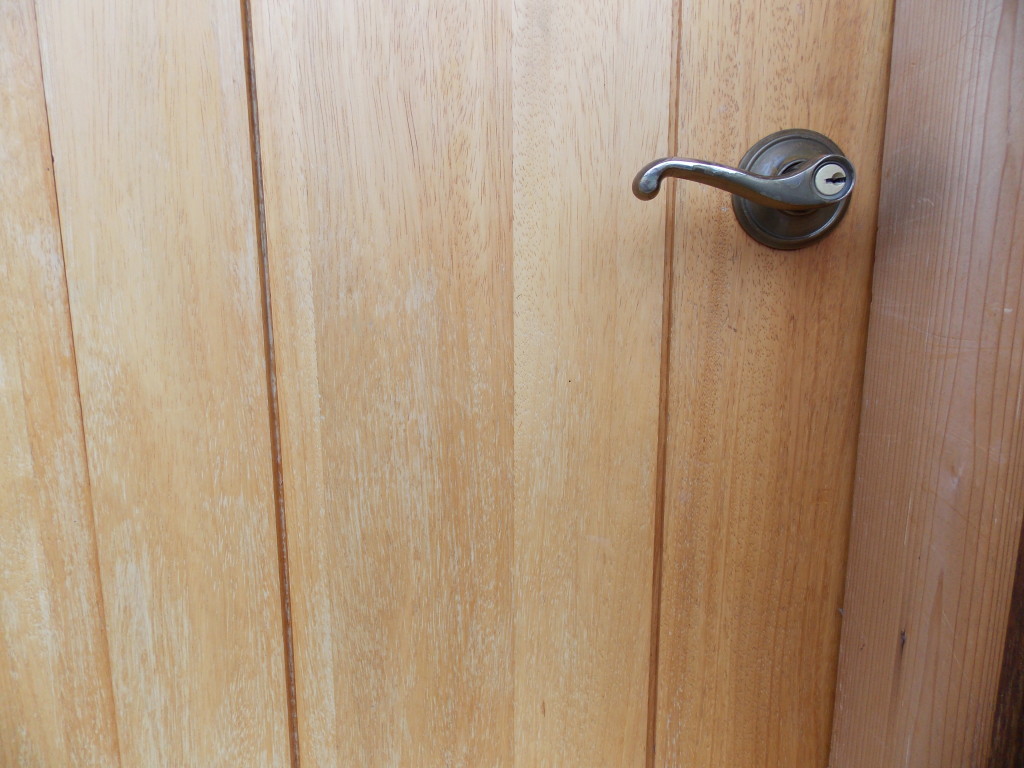 It’s been a long, hard winter for most of us, including here in North Carolina. Each day I could see the snow and rain was taking a toll on my office door. So when the temperatures popped above seventy this past week, I put everything else aside and made it my first spring project. Take a look below to see how it went. 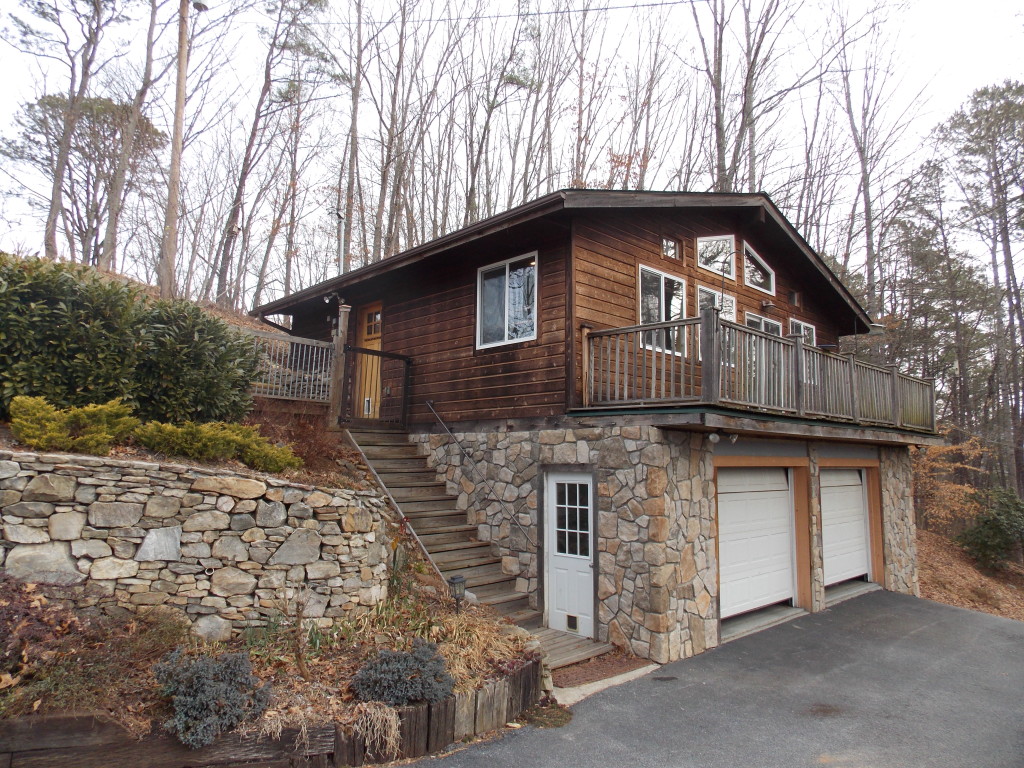 My office used to be in my house, but when it threatened to take over nearly every room, I built this second story addition to our two-car garage-workshop. It was a fun project and certainly relieved the pressure of having my projects spread throughout our house (just ask Leigh Ann!). 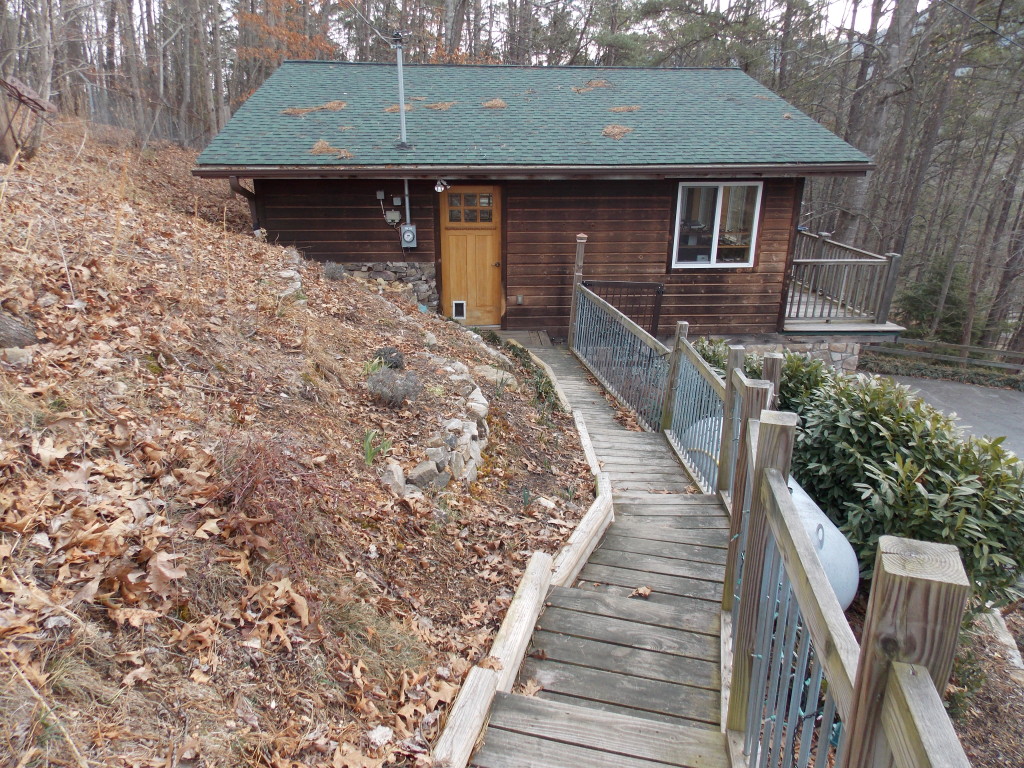 At the end of this forty-foot walkway from our house is the entrance door to my office. It’s made of mahogany and I bought it unfinished, then gave it two coats of Minwax® Helmsman® Spar Urethane before hanging it. (And, yes, I did cut a cat door in it!) 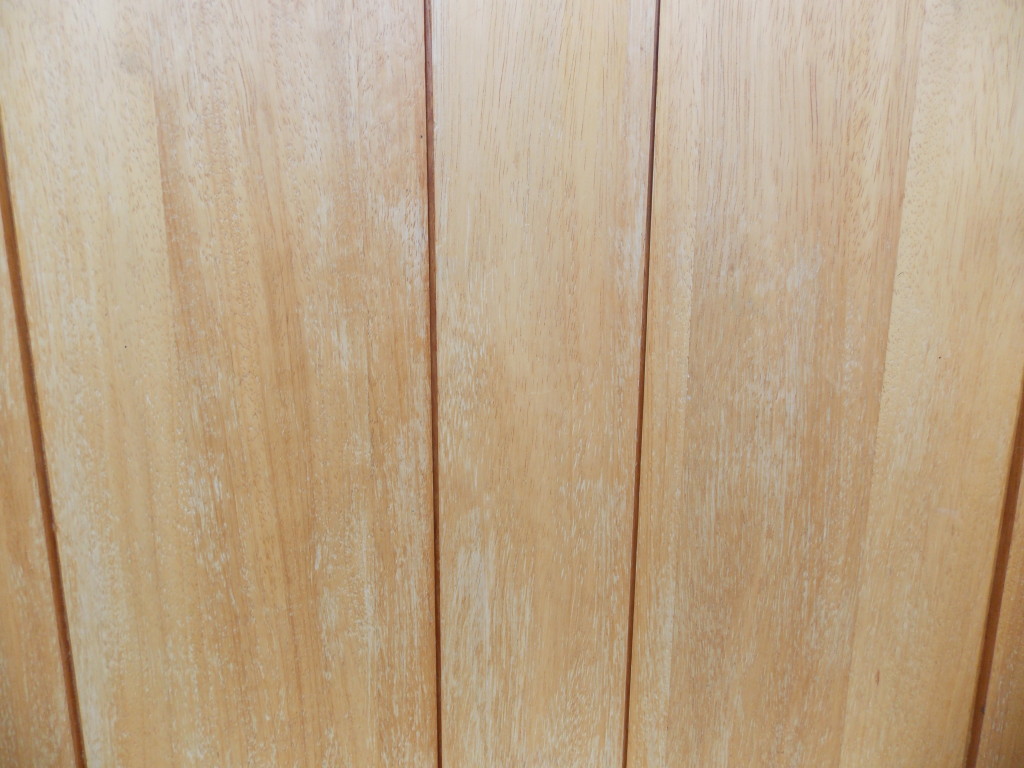 The door, however, faces west, which means lots of harsh sunlight in the afternoons, not to mention blowing snow and rain. Six years later some of the finish was just beginning to wear away, so now was the time to give the wood a fresh coat of protection. 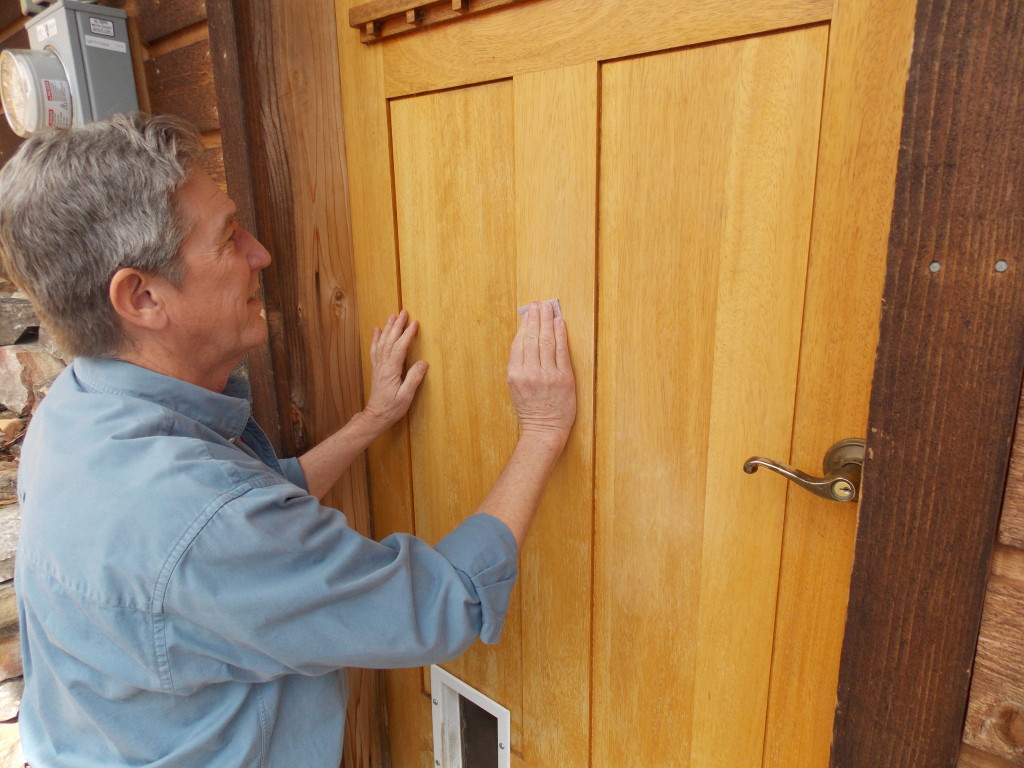 The first step was to sand the old finish lightly, removing any loose finish and providing thousands of tiny scratches for the new coat of Helmsman® to cling to. 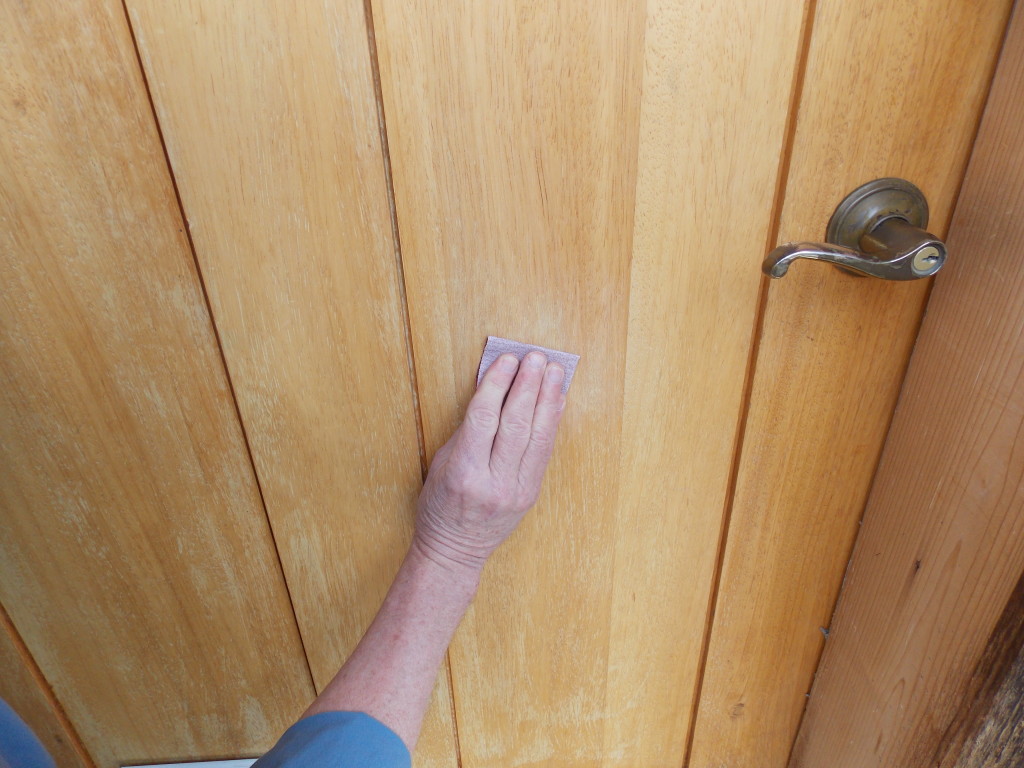 Even though only the bottom half of the door looked this bad, I planned on sanding and finishing the entire door to get an even sheen and appearance. 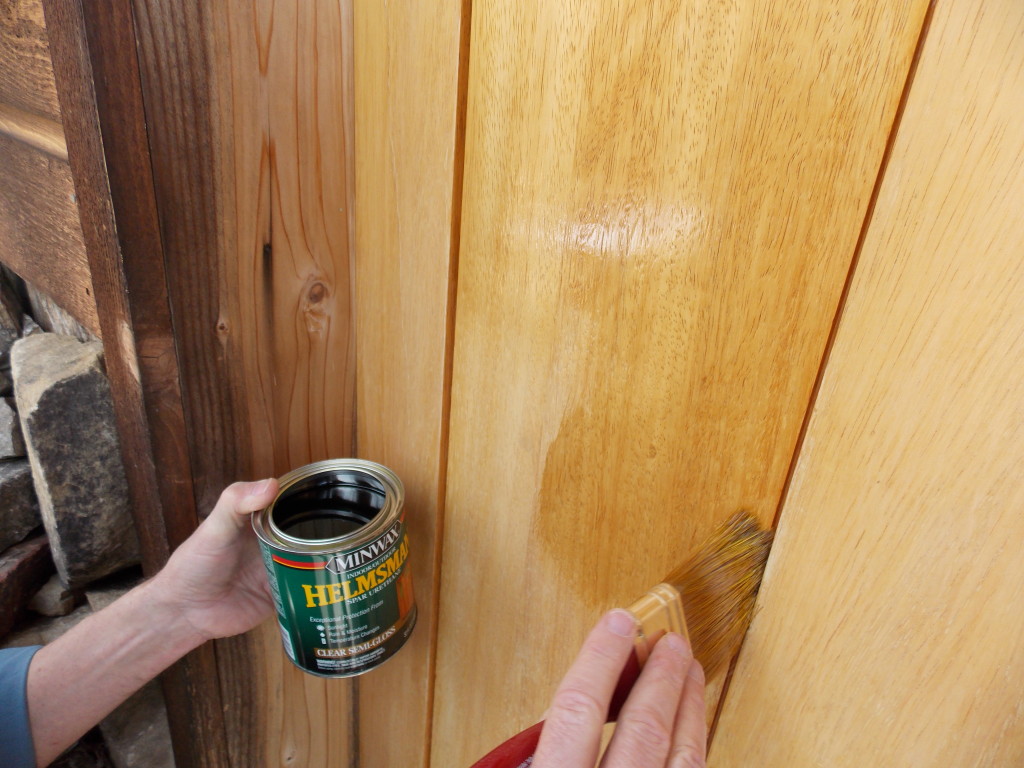 While it’s always best to work on a horizontal surface, sometimes we just have to adapt. I just had to be careful not to brush on too heavy of a coat of Helmsman® that would cause runs or drips. Using only the tips of a natural bristle brush rather than a foam brush made sure I had a smooth, dripless finish. 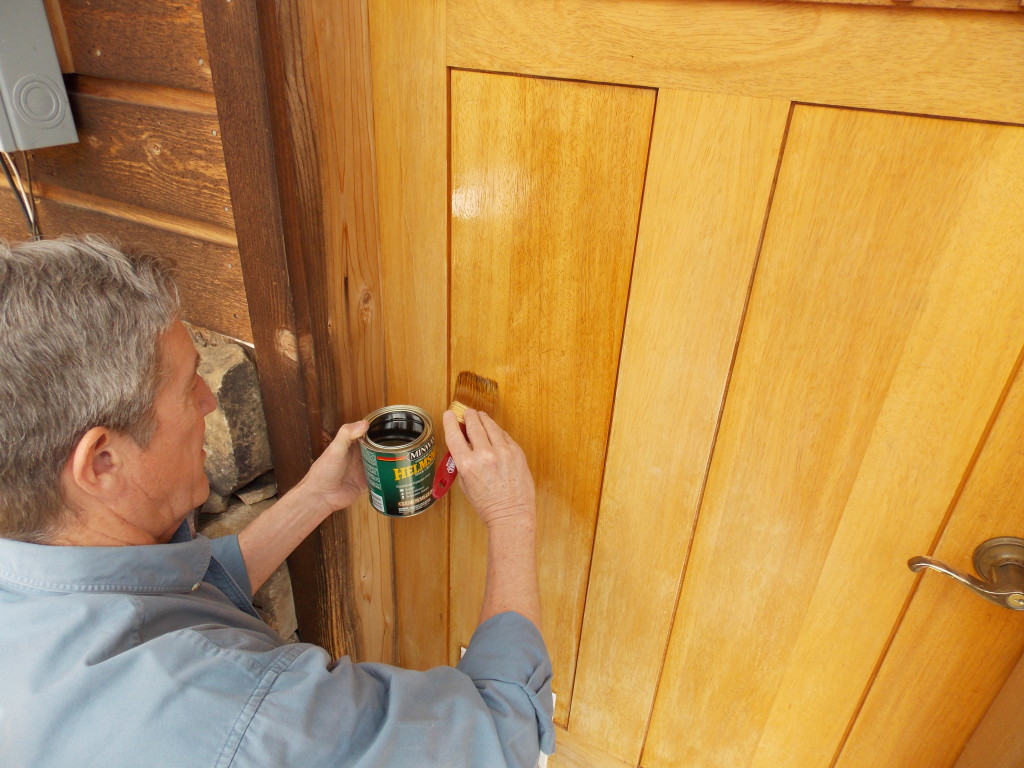 And I could begin to see the difference as soon as my brush hit the wood! 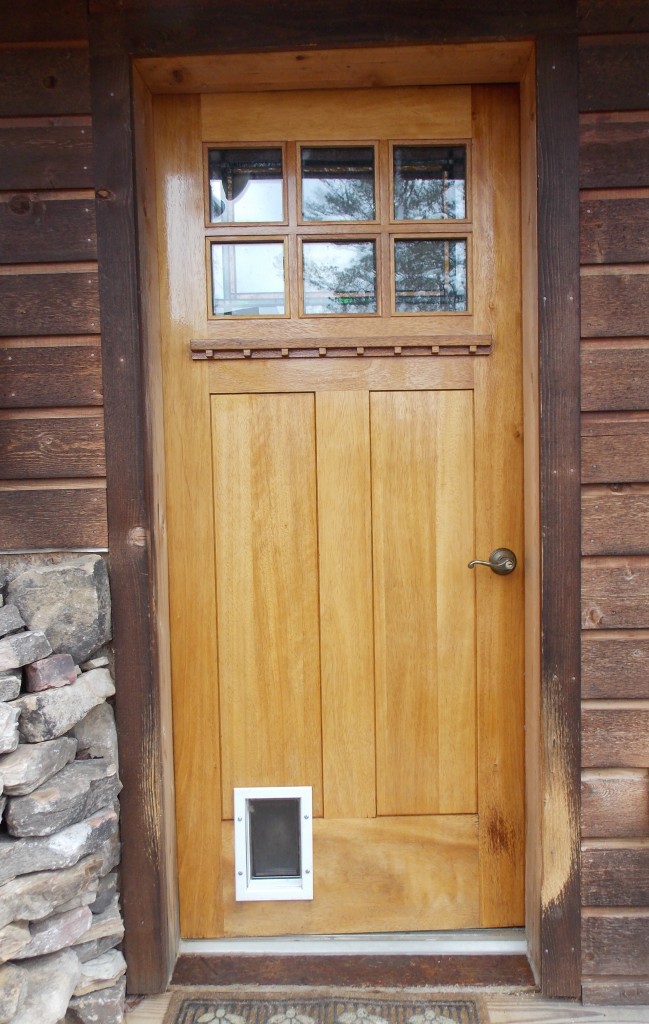 One coat was all it took to provide the door with the added protection it needed. And catching it now rather than later meant that this was a minor project rather than a major one!